D.I.Y. Christmas at the Moore's!
My love for decorating has led me to the decision that each year I am going to come up with a theme for our Christmas tree. A friend mentioned that it could get expensive and so I decided that our tree each year is going to be a D.I.Y tree. So using things that are free, that you have already, or easy to make in order to save money, are going to be the key to this new little project for me.  I LOVE the challenge of decorating on a budget but more so the ability to be creative with the things that I have!
A Shabby Chic Christmas!! 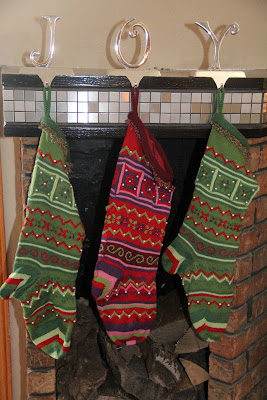 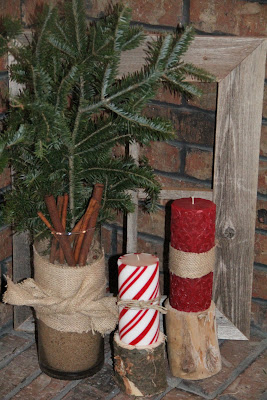 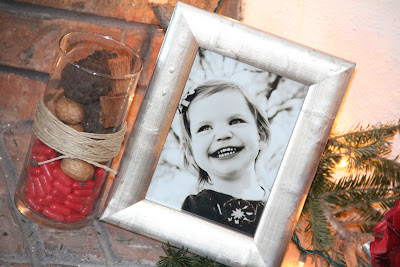 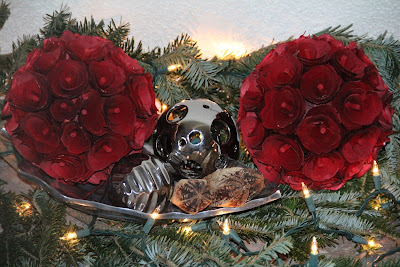 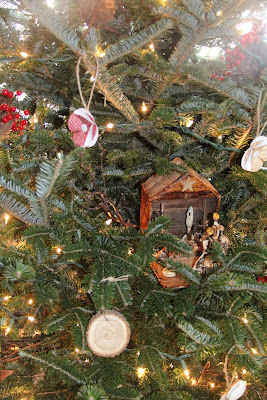 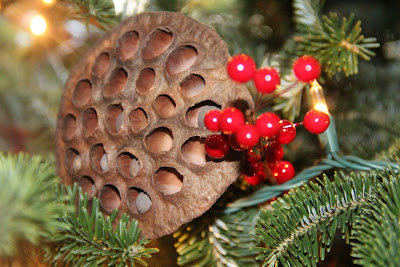 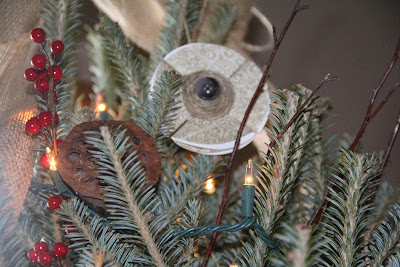 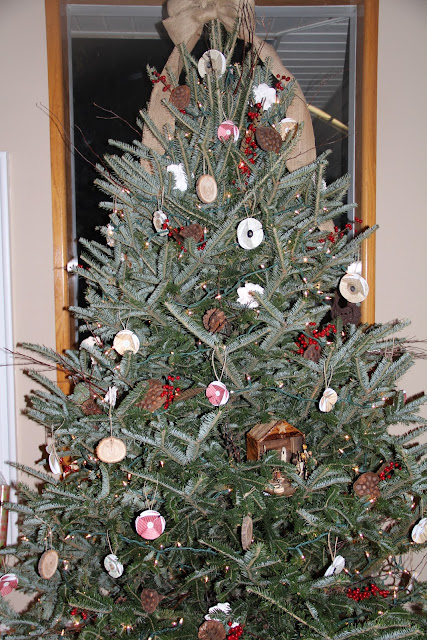 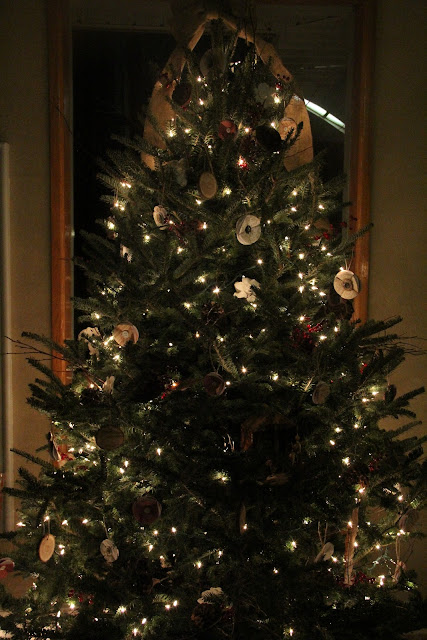 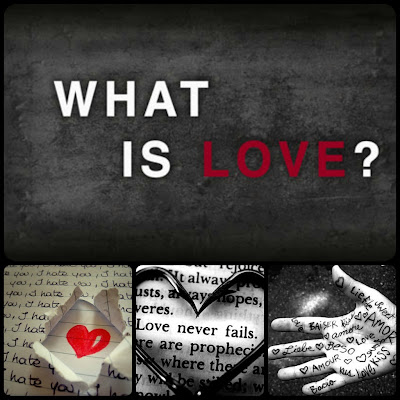 I want to know what your definition of love is!!!!! 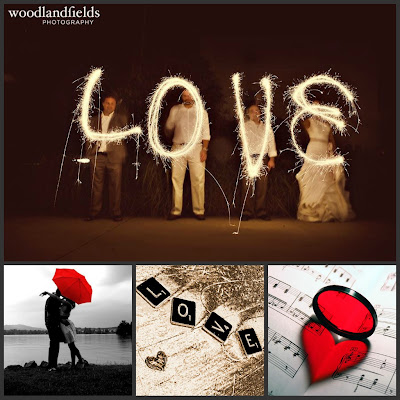 "Love" can mean any number of things. I am working on a project and am curious
what your definition of this word means!
Posted by Ashley Moore 4 comments:

Do you have a bunch of wine corks laying around or know someone who does?! I had a bunch left over from a previous event that were given to me by Xclusive Bartending to use. I let them sit around for a while and thought of different things I could do with them. There are many ideas on Pinterest, so this was one inspired by that very addicting website! If you want a monogram for your wedding decor, this inexpensive idea can add some personalization and eye candy for your guest!
Things you will need:
wine corks
scissors
twine
card stock paper
hot glue gun 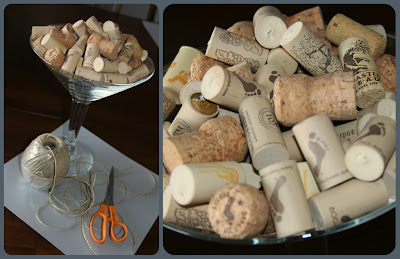 Decide on your letter and then I found that laying them out of the card stock before gluing will give you the ability to play with the shape, etc. Once you have decided how you want each cork to be placed, start hot gluing them to the card stock paper. After you have glued each one to the paper, place a dot of hot glue in between each cork. This will keep it from folding over. Once the glue has dried, cut around the shape of the corks. Glue twine to the back of the letter to use for hanging and then put your choice of flowers or other decor to give it some flare. Follow this link to Marigold Road to see how to make rolled rosettes to add to your letter. 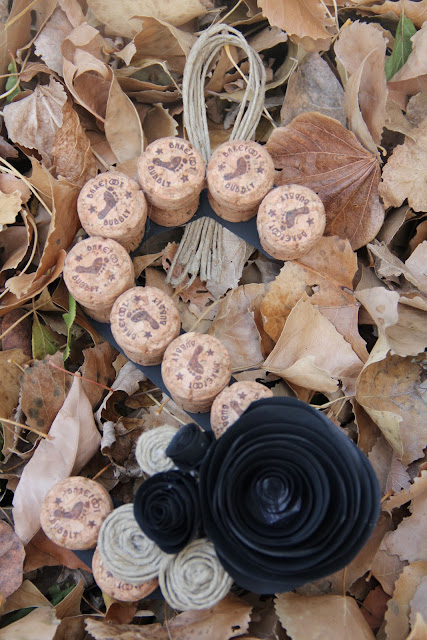 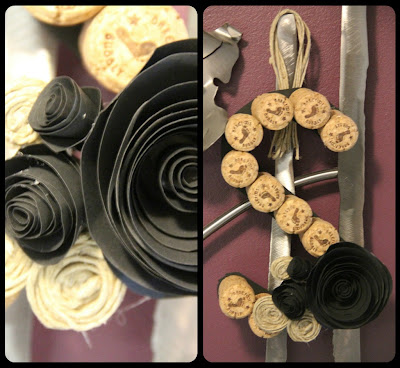 All Dolled Up Give Away!

Events By Ashley Featured Give Away! 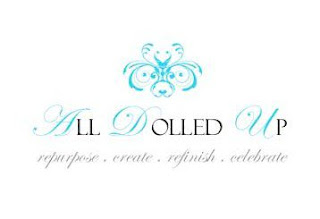 If any of you know Abbe Doll, you know that she is quite the talented lady! All Dolled Up, is where you can admire her creativity and talent. I love to stalk her facebook page and blog just to see what she has come up with next. Her love for repurposed and refinished furniture and accessories, and hand made items {baby, home, party}, defines her creative soul. On top of those things, she does consultation and home decorating advice for the budget savy homemaker.
Abbe is giving away one of her repurposed chairs to one lucky winner! We are so excited that she has teamed up with Events By Ashley to offer one of her great masterpieces!
﻿
﻿
Abbe does custom orders, and has a retail space at: "At Home With Style". She also has quaterly tag sales; by invite only, If you are interested in receiving this exclusive invite, email her at alldolledupwichita@gmail.com.
To be entered for this drawing please:
like All Dolled Up facebook page
comment on this post, your favorite
All Dolled up project
Follow All Dolled Up blog
like At Home With Style facebook page
Like Events By Ashley facebook page
The winner of the earrings from India was, Lora Hines! Congratulations! We will announce the
winner of the All Dolled Up Give Away on the 23rd of November! What a fun Thanksgiving
treat that will be!!
Posted by Ashley Moore 16 comments:

D.I.Y Love Monday's!
Cloudy cool weather, pumpkin flavored coffee from the Spice Merchant; given by our sweet friends, and feeling crafty, make for the perfect distraction from the fact that it is dear ol' Monday again!!
Most of my craftiness today was inspired from the blog Marigold Road, owned by my friend Mindy Harris. She has taught me thriftiness.....as has my dear friend Danielle! I have admired her cute little flowers, headbands, wreaths and 1950's housewares for sometime now. I made a stop at the Salvation Army today looking for silver platters and I found 4 little wreaths for only 39 cents each and could not pass up the offer!! So I brought them home and rumaged through all my craft drawers to see what I could come up with.
Wreaths: 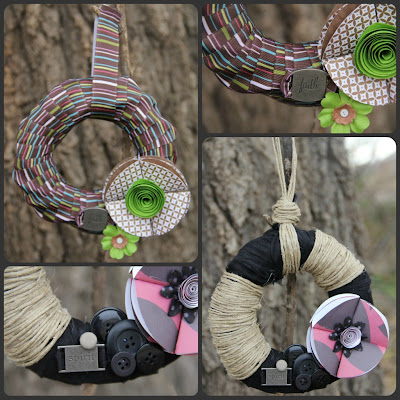 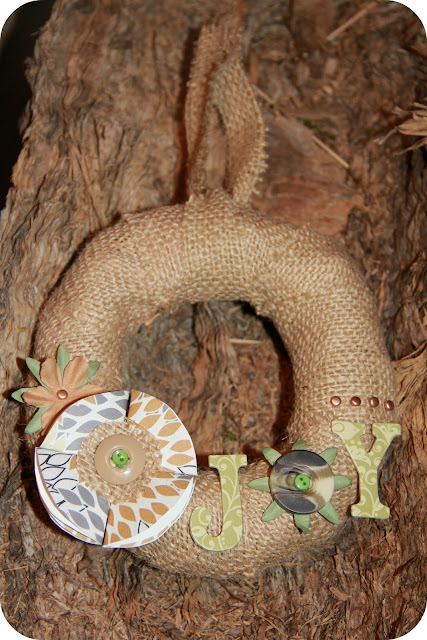 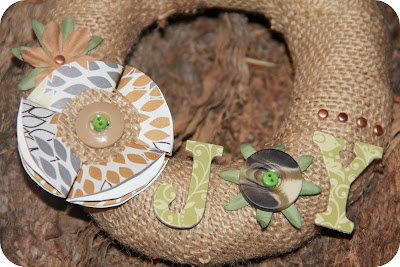 This past week has been a tough week for many people that are near and dear to my heart, and
in many different ways joy has been stolen from their hearts. I know that it is only for the moment and our GOD can restore all that has been stolen or broken. I wanted to make something that would encourage those poeple and myself and bring a reminder that Joy will come again.
"Sing praise to the Lord, You HIS Godly ones, and give thanks to HIS holy name. For HIS anger is but for the moment, HIS favor is for a lifetime. Weeping may last for the night, but a shout of joy comes in the morning!"~~ Psalm 30:4-5
Felts:
The Home Sweet Home felts I found in the $1.00 bin at Target a few months ago and knew I would think of something fun to do with them at some point! 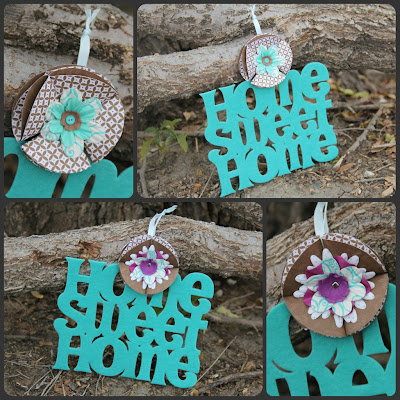 With the holidays coming up, I decided it would be fun to make things for the special people in my life, rather than buy something from a store. It is amazing to me how inexpensive hand made gifts can be. So, walk the isles of the Salvation Army, Goodwill, or other second hand shops and let your imagination take hold of you. Be creative in the things that you already have at home and play with them to see how they might fit together.
Happy Crafting!
Posted by Ashley Moore 2 comments:

This week is the Holiday Table Fundraiser located at the Wichita Center For the Arts. I was completely honored and excited to be asked to be a part of the event. For a couple of months now, I have been designing, searching, shopping, chopping, sawing, cutting, gluing, drilling......to come up with a natural theme that included greens, mustards and an aray of oranges. I wanted the space to feel warm and inviting as they entered in to their "Rustic Rendevous". Designing is truly my favorite aspect of the planning process and executing the design to see the final product
brings me so much joy! 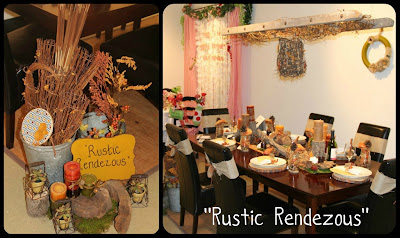 Coming into this event, I didn't think that I would be creating a design for a second table within 24 hours of the Preview party. I excitedly took on this challenge and searched through my house to come up with something not only different from my other table, but different from any of the others already set up. I decided that "Would you be Mine?" would be the theme and worked with silvers, reds, whites and blacks. I was thankful for the opportunity, and again, had a blast doing it! 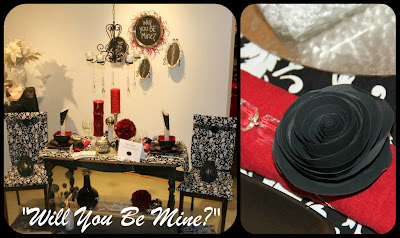 My dear friend Mindy was able to be a part of the fundraiser as well and came up with a 50's theme. the pinks, turquoises and blues, offered a soft hue of colors that could not keep the guests away from the "Vintage Cheer"! 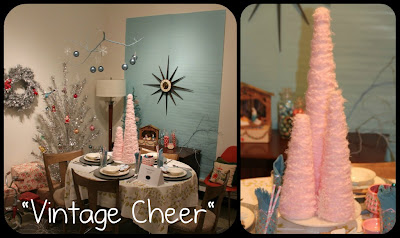 I hope that those who were and are able to attend are enlightened and inspired; not only by my two tables and Mindy's, but by the others table designs as well! There are almost 40 tables
at the fundraiser. 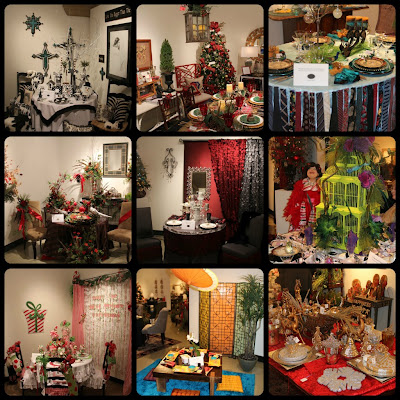 Everyone worked hard to make their tables great. I am so excited to share that "Rustic Rendezous" won the Designers Choice Award! I could not believe it when they called my name! Mindy received second, which I think she deserved first too, but they didn't ask me! So fun that both of us placed! 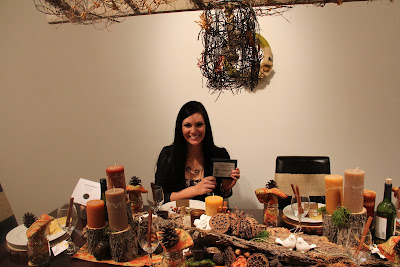 You can still go and view the tables and cast a "People's Choice award" vote! It is open tomorrow and Saturday from 10:00a.m-4:00p.m. Tickets are $10 dollars at the door. Wichita Center for the Arts is located between Rock and Webb Road on Central.
Posted by Ashley Moore 3 comments: